Employee v Independent Contractor: Do You Know the Difference? Does it matter if your business hires a worker (even initially) as an independent contractor as opposed to an employee? The short answer is yes; it makes a big difference. Most businesses know that classifying a worker as an independent contractor will usually cost them less and will help them avoid an array of employee-focused laws and regulations (perhaps reducing the likelihood of state or federal agency audits meant to test an employer’s compliance of those laws). What they may not consider, however, is the business’s diminished control over that worker, as well as the impact on a business’s ability to restrict that worker – both during and after they stop working – so as to protect the company’s assets and operations. Most importantly, however, is the potential liability for and consequences of a business’s misclassification of its workers. So, to educate and facilitate these difficult decisions, we identify and discuss the tests for classifying a worker as an independent contractor under federal laws.

Independent contractors and employees can both be individuals who work for (or provide certain services to) a business for pay. Generally, employers have greater control over an employee, through their training and scheduling, and then the direction and supervision of their employee’s work and the specific method of completing that work. Independent contractors are hired by businesses to perform services (and/or supply goods) often on a project basis. The independent contractor typically controls when and how they do this work, without the supervision of, nor the training, tools and support from, the contracting business. Importantly, as these independent contractors are not “employees” as defined under state and federal law, many “employee” protections and benefits, as well as “employer” obligations (i.e., laws and taxes) do not apply to them.

This article focuses on the most commonly used federal tests to determine if a worker is an employee or independent contractor. However, it is crucial to understand that states may have different tests which businesses need to comply with. For example, some states adopted the “IRS” test, while over half the states use a different “ABC” test. Additionally, state laws regulating certain industries often have their own tests that differ from federal and other state laws. Navigating these different tests can be difficult but is important to ensure the business is in compliance with applicable employment law.

Complications arise when businesses must determine if their workers are employees or independent contractors as part of compliance with federal and/or state law. To make this determination, companies must be aware of, and then navigate several varied tests. To begin, let’s focus on three commonly encountered federal tests.

ERISA, Affirmative Action Programs, and some other federal laws apply the test described in Nationwide Mutual Insurance Co. v. Darden, 503 U.S. 318 (1992). The Darden test assesses the following factors: “the hiring party’s right to control the manner and means by which the product is accomplished[;] . . . the skill required; the source of the instrumentalities and tools; the location of the work; the duration of the relationship between the parties; whether the hiring party has the right to assign additional projects to the hired party; the extent of the hired party’s discretion over when and how long to work; the method of payment; the hired party’s role in hiring and paying assistants; whether the work is part of the regular business of the hiring party; whether the hiring party is in business; the provision of employee benefits; and the tax treatment of the hired party.” Id. at 323–24 (quoting Community for Creative Non-Violence v. Reid, 490 U.S. 730, 752–53 (1989)).

Worker classification for federal (IRS) tax purposes focuses on these three factors related to working conditions and the relationship of the parties:
• Behavioral control analyzes the business’ ability “to direct and control the work performed by the worker, even if that right is not exercised.”
• Financial control, which evaluates the business’ “right to direct or control the financial and business aspects of the worker’s job[.]”
• The final category looks to the relationship between the worker and business, such as language describing the relationship, benefits given by the business, expectation of the relationship’s duration, and the importance of the worker’s services to the business. Under the IRS “control test,” the greater behavioral and financial control, as well as the similarities to an employment relationship, means the IRS is more likely to categorize the worker as an employee. For more information, see the IRS’s fact sheet, Understanding Employee vs. Contractor Designation.

The FLSA Standard and DOL:

Consistent with the Fair Labor Standards Act’s (FLSA) broad definition of “employee,” courts created a test which tends to disfavor (or strictly scrutinize) the classification of workers as independent contractors under the law. The Supreme Court’s test for determining an employee under the FLSA is referred to as the “economic realities” test and DOL relies on it for their standard. As described by DOL, this standard relies on factors such as the importance of the worker’s services to the business, whether the relationship is permanent or temporary, the worker’s use of their own equipment, the extent the business exerts control over the worker’s work, opportunity for profit or loss by the worker, and level of skill required by the worker.

• Note: In January 2021, DOL published a final rule to largely adopt the economic realities test used to determine if a worker is a FLSA-covered employee. After the change in administrations, the effective date was postponed, with the rule’s enactment delayed to May 7, 2021. However, on March 11, 2021, the DOL announced its proposal to rescind this final rule, and we now await further notice from the DOL – including an anticipated new proposed rule.

NEXT can Assist Your Business with Correct Classification

Navigating the multitude of federal and state tests to see if your workers are independent contractors can be a daunting task. Fortunately, NEXT’s attorneys can assist you classify your workers and ensure compliance with applicable employment laws. For additional information or to schedule a consultation, please contact NEXT at [email protected] 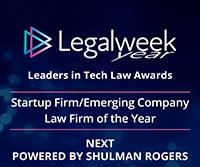